We are Solutions Architects & Engineers offering frontend engineering for communication networks and IT modernization, & 5G-readiness test and verification to accelerate the path to IoT innovations

Frontend engineering for communication networks, and 5G-readiness test and verification

In 1999, the business model changes, accompanied with outsourcing and offshoring technical work, impacted employees in corporate America. Many talented professionals at Lucent Technologies has been sent to the layoff Guillotine on Thursdays for years to come. The work force has been on the decline on a weekly basis. The staff morale has been on the decline with no positive outlook, or a dim of light at the end of the tunnel. The advice received was to prepare our resumes for opportunities elsewhere, when our time comes and our job is lost. As the merger between Alcatel and Lucent have been announced, in 2006, the stakes of losing jobs have skyrocketed and the “Quality of Work Life” has plummeted. The “rationalization” of workforce have increased, with more stakes on US employees.

In the midst of this turbulent time, a birth of a new company to be built on a select group of the let go engineer that offers the Quality of Work Life they deserve, in return for their life the spend in building the business, was the motive behind starting this company. A company that can further use the brainpower of its people to invest in our neglected neighborhoods and create new jobs. Things did not work well at the time, in 2007, since all had their heads down to keep his or her seat at the desk.

With the economic downturn in 2009, talents from all disciplines were filling the job clubs. The possibilities were unlimited, and the opportunity opened again for a second trial. After months of effort in pulling a new group up, things did not turn well. The man behind these efforts, Ahmad Sultan, left the group he initiated. He restarted for the third time, and registered the consulting company on October 20, 2009 in the State of Illinois as CELNIUM Corporation.

Since the market situation was at its bottom, the company focus was under development to discover what can be done. Partnership, presumed, to augment resources with a product development company did not pay for the work done to architect a device management interface based on standard protocol OMA-DM TR-69.

Almost a year after its inception, the first contract came through a third party to perform migration of Cricket Communications billing system after 3GPP standards architecture of the Policy and Charging Control (PCC). This project was a milestone in building CELENIUM reputation on the one thing that our founder perfected since his time at Lucent, that is “frontend engineering.”

Communication Service Provider (CSP) supply chain structure makes it uneasy for a small business, like CELENIUM, to sell direct network systems architecture consulting. CSP go to OEMs of their network equipment or large staffing firms to bring resources to help them build and operate their networks. The OEMs staff can not fill for all projects they have with CSPs, so they go to search companies that source contractors for them. Contract terms are not the ideal in every case. The important thing was to get the project, even if we are not direct or working as a corporation.

The success the founder had at Cricket repeated at Sprint, where our he was the point person in defining the technical specifications that drove Sprint 3G to 4G/LTE network service transformation, and aligning all vendors and Sprint teams. The quality of work delivered for Sprint in Virginia made our founder reputation soar and fly ahead of before taking the next project for Sprint in Kansas. There, CELNIUM delivered the architecture and engineering of Sprint roaming DIAMETER signaling solution.

After completing projects at Call One in Chicago, where our SME was employed to lead the frontend engineering for Fixed-Wireless, SD-WAN, and Hyper-Converged Infrastructure, CELENIUM is refocusing its marketing strategy and efforts towards wireless communication application in Enterprise and SMB markets.

CELENIUM is presently leading with 5G-readiness test & verification to help innovators validate products on carrier-grade private cellular network. Then branching out with applications into Smart Cities and Internet of Things. CELENIUM is growing its list of suppliers and business partners to enable developing end-to-end solutions providing wireless connectivity, private core network, and the associated network operations and security management.

CELENIUM is helping with the development of Hub88 incubator as an Advisory Board member, and is subcontracted to build and manage its Communications Lab. CELENIUM holds a Master Agreement with Chicago Public School, and is a subcontractor on the City Colleges of Chicago to one of our partners.

The OUM process is 1) Business Process and Use Case-Driven, 2) Architecture-Centric, 3) Iterative and Incremental, 4) Risk-Focused, and 5) Fit-for-Purpose. OUM is composed of three focus areas: 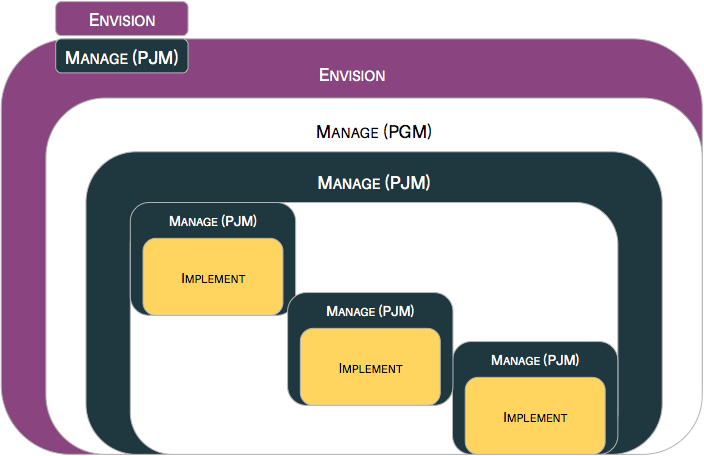 Faster Time-to-Value: save ~15% in frontend engineering with 95+% accuracy

The following endorsements are testimonials to the engineering work performed by CELNIUM Founder.

“Ahmad has always proactively initiated, led, and coordinated both his efforts and the efforts of others to deliver on-time, high-quality front-end results that exceeded commitments for Lucent. His work leading the Lucent Performance Cross-Functional Team (CFT) and all associated activities were highly acknowledged by his peers and by management across multiple departments."
Jerry RogTechnical Commodity Manager at Alcatel-Lucent
"I had the pleasure of managing Ahmad while he was a contracting consulting for Sprint in 2012. Specifically, he directly supported our Diameter Routing Agent development and LTE Core Development programs. Ahmad is extremely professional, detail-oriented, and has a very positive reputation both within and outside of Sprint. I very much recommend him for potential opportunities he may be considering." 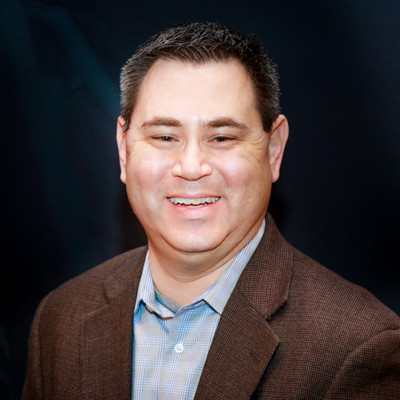 Terry NebergalManager, Sprint
“His work on the front end development was key to that aspect of the overall success of the eCSFB program. This program changed the way voice calls are signaled to the CDMA phones, via the LTE radio channel.”

Phil KoppDIRECTOR, SPRINT
"I had an opportunity to work very closely with Ahmad when he was working as LTE Core Network Development Consultant at Sprint. His in-depth knowledge of LTE architecture was astonishing and motivating for me. He put immense efforts in the development of eCSFB technical documentation for Sprint which was the main reference point for us to finish the Sprint eCSFB project successfully. 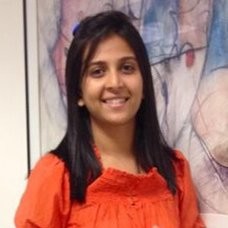 Priyadarshini GoreLTE SME, Nokia
“He was the key player in many multivendor discussions where he was shaping the technical requirements, guiding the vendors while referring to the 3GPP specifications that he knows very well. He eventually wrote a standard grade technical specifications document that was used by different organizations within Sprint and its vendors as the CSFB reference.” 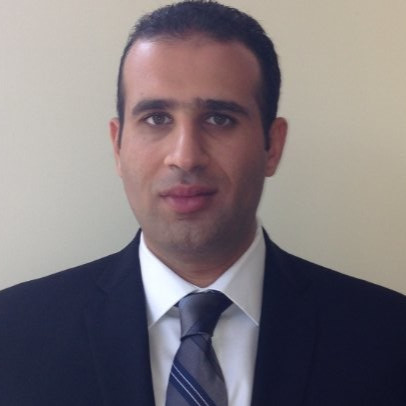 Sameh NaguibTEAM LEAD - ALCATEL-LUCENT
Ahmad worked for me in a systems engineering and performance analysis capacity while at Alcatel-Lucent. He was an integral part in setting standards for our performance and in ensuring we met the performance characteristics specified. He was very detail oriented, documented his work carefully, thoroughly, and in a very understandable fashion. He was easy to work with, and people sought him out for his expertise. He would be a welcome addition to any system solutions team!”

Jim HochDirector, Wireless Platform Development at Lucent Technologies
“I worked with Ahmad for 2 years. He is a customer-focused and detail-oriented engineer. He possesses strong skills in designing and integration testing of wireless core; he works very hard to deliver a quality product on-time.” 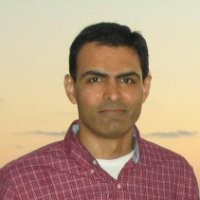 Akbar AmanNetwork Design Engineer at Sprint
“Ahmad worked for me for about a year and assisted in the deployment of our PCRF platform. His unparalleled attention to detail and willingness to do any task were instrumental in the success of the project.” 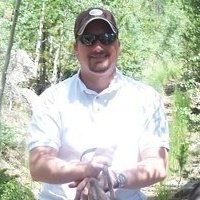 Chris BurkeMANAGER, CRICKET COMMUNICATIONS
“I have had the pleasure of working with Ahmad for the last few years. He is a talented and thorough engineer who can make the most complicated concepts appear simple. Ahmad embraces collaboration and team success and makes doing business a productive and pleasurable experience.” 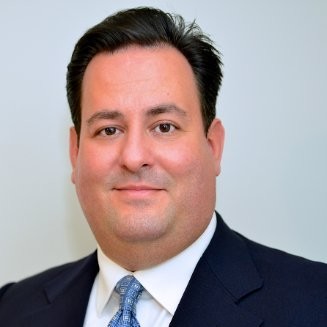 Tom KolletisProduct Manager at Call One
“He has a rare combination of advanced education (PhD) and an ability to communicate with people at all levels. His engineering talents in electrical (as opposed to electronic) engineering and LabVIEW software development were very strong. I would work with him again if the situation presented itself.”

Steven VetterCEO Computer Solutions, Inc.
"Ahmad was solicited for several Technical, Front-end processes, and cross departments improvement projects during his time at Lucent. He was a very strong team player with leadership roles on multiple CFTs. Ahmad always delivered features requirements on schedule with high quality."
Jerry RogTechnical Commodity Manager at Alcatel-Lucent
"Ahmed was a solid technical contributor to the Performance Architecture team. He provided a direct and in-depth technical analysis of processor performance for new architectures were evaluating for new product introduction. Ahmed is self-driven and very complete in his analysis." 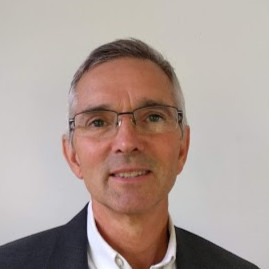 Kevin MenkeManager, Nokia
"Ahmad is a true asset for training on the Sprint DRAs and creating the MOPs. He is accessible for all our questions and eager to assist. Every step in the MoP was easy to follow. The layout was done in a perfect way to clearly understand the difference of each type of implementation. I printed out the diagrams and tables as they are excellent references." 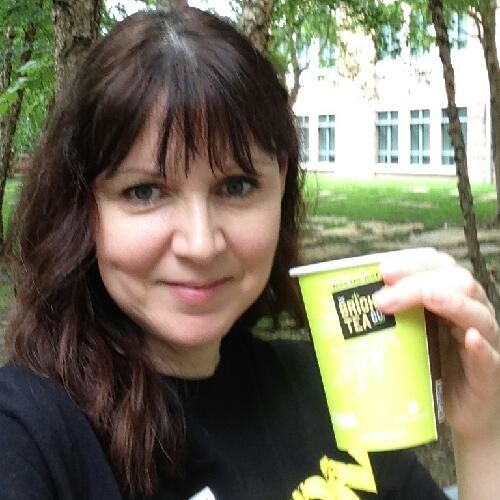 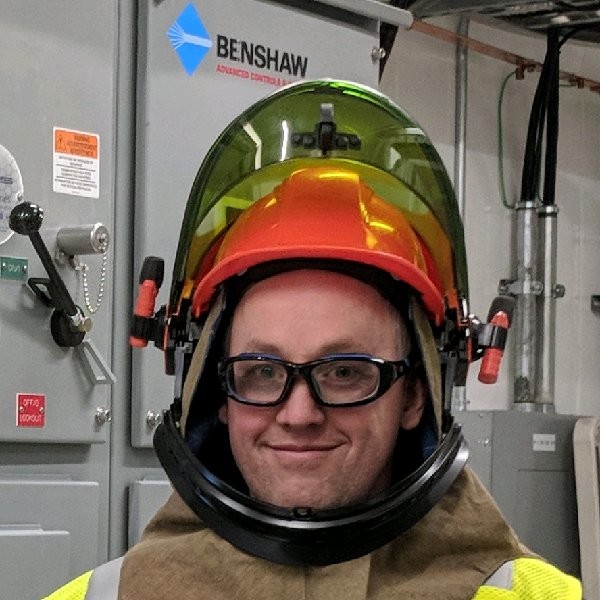 Michael LaubSenior Electrical Engineer, CB&!
"During the global climate change awareness-raising and action campaign, Ahmad Sultan has been of tremendous help in conducting a workshop in the greater Chicago area. His passion to support environmental protection especially among youth made him a credible partner." 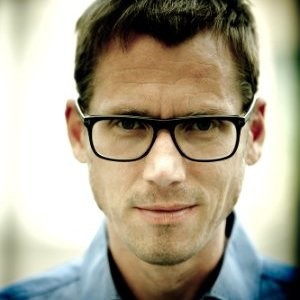 Ansgar KieneDirector, World Future Council
"Ahmad’s dedication to detail and accuracy greatly minimized development confusion. He was frequently sought after by his peers to moderate technical meetings. Ahmad was also always willing to expand his work efforts to fill critical functionality not presently staffed.”
Jerry RogTechnical Commodity Manager at Alcatel-Lucent
"Along with his excellent technical skills and management skills, he kept great camaraderie with all the Sprint vendors and has helped many Engineers in the Organisation to get a deeper understanding of LTE Network Elements with his outstanding grip over 3GPP specifications. With his enormous knowledge and long experience, I truly recommend Ahmed for a senior role in Telecom Industry."

Would you like to start a project with us?